Do you like the God of thunder? "Thor Ragnarok" was released on 2017, the third of 3 Thor films that Marvel Studios has produced and the 17th film installment of Marvel Cinematic Universe. It was distributed by Walt Disney Studios Motion Pictures. It has an estimated budget of $180 million, and grossed $854 million at the box office which is a huge success. The story is about the return of Hela, Odin's firstborn which he imprisoned and sealed long ago, fearing her great ambitions and too much power. The plot also tells the imminent destruction of Asgard, which has been prophesied as "Ragnarök". The "Thor: Love and Thunder" sequel is now on its way, and is scheduled for release on 2021. Find the names of all the film's characters in this fun and challenging puzzle! 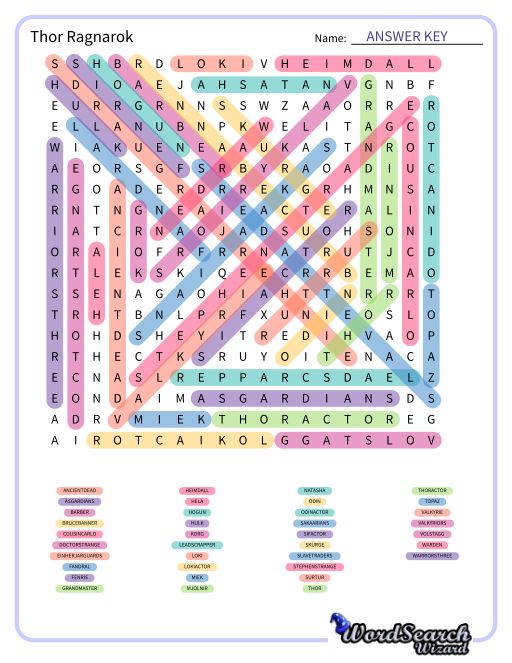