Do you like the God of thunder? Thor was released on 2011, the first of 3 Thor films that Marvel Studios has produced and the fourth film installment of Marvel Cinematic Universe. It was distributed by Paramount Pictures. With estimated budget of $150 million, it grossed $449.3 million at the box office worldwide. The story is about Thor getting punished by Odin, his father and the King of Asgard. Thor had been stripped of his Godly powers and was exiled on Earth to live as a mortal. He then meets his love interest Doctor Jane Foster, an astrophysicist . Find the names of all the film's characters in this fun and challenging puzzle! 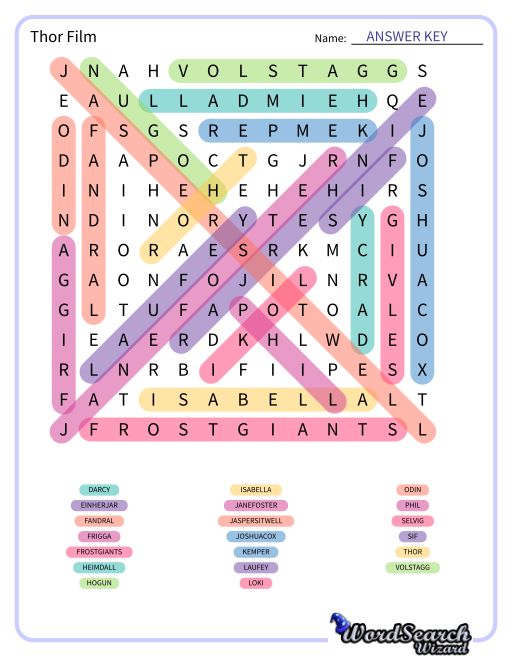