The latest line up of MCU's Spider-man: Homecoming &ampamp Far From Home have both earned high ratings. The two films are both installments in the Marvel Cinematic Universe. They are co-produced by Columbia Pictures and Marvel Studios, and distributed by Sony Pictures. The main role was reprised by Tom Holland, after recieving positive criticism on his debut in Captain America: Civil War. "Homecoming" was released on 2017, and the sequel "Far From Home" on 2019. The first film earned $880.2 million at the box office, while the latter grossed over $1.1 billion worldwide, making "Far From Home" the first Spider-Man film to pass the billion-dollar mark, Sony Pictures' highest-grossing film ever. Find all the names of these amazing characters in this exciting puzzle! 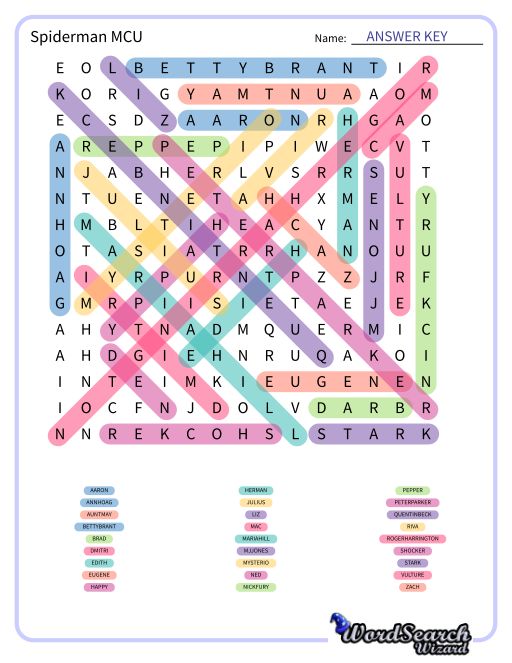