The Marvel Studios has been making awesome superhero movies (Marvel Cinematic Universe) for over a decade. Since the release of Iron-Man on 2008, Marvel has produced a total of 23 films. The MCU became the highest-grossing film franchise of all time, having grossed over $22.5 billion at the global box office! But a nice film is naught without its good actors, especially with our favorite casts! In this puzzle, you'll look for actors that appeared throughout the whole franchise (on TV &ampamp Movie). These are awesome people whom we became familiar with and brought to life our favorite TV characters, villain and superheroes! 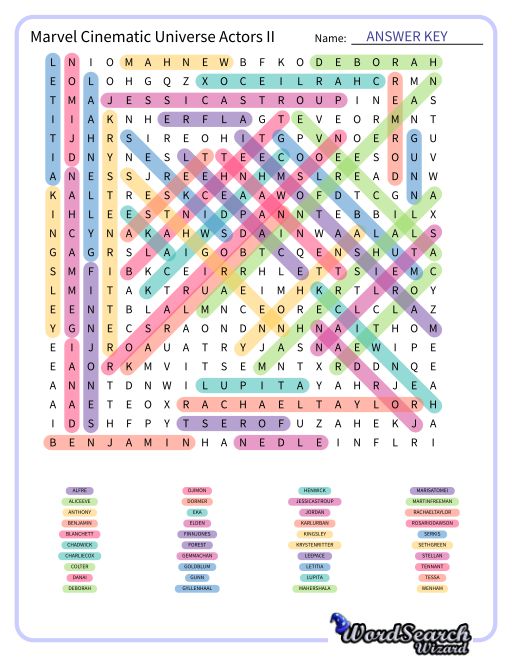