Are you a fan of Iron Man? The Iron Man is an american film produced by Marvel Studios. The first of the franchise was distributed by Paramount Pictures in 2008, followed by Iron Man 2 (2010), and Iron Man 3 (2013) by Walt Disney. After Marvel reacquired the rights in 2006, they began filming their first feature film with Jon Favreau as director and hiring Robert Downey Jr as Iron Man. The first film grossed over $585 million on its $140 million budget, it was one of the highest grossing film of 2008. It gained positive reviews and praise from critics. Jon Favreau's choosing of Robert Downey Jr. was the right decision, saying that he's the guy for the role. It led to Marvel Studios' global success over the years. Find the names of characters in this exciting puzzle! 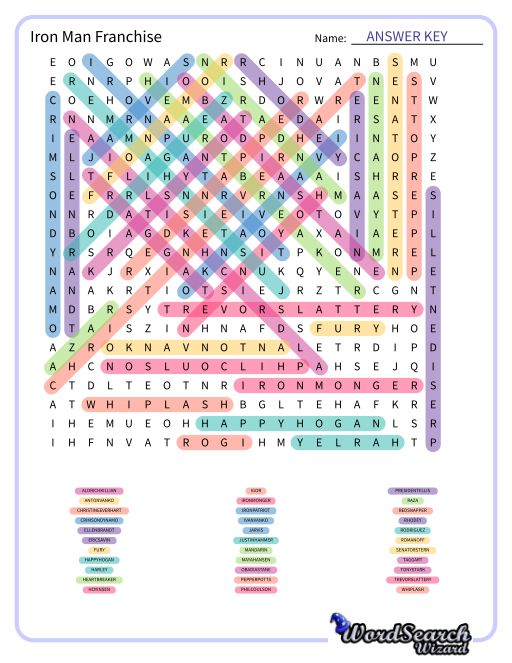