The spice must flow! Frank Herbert's award winning novel "Dune" is considered one of the greatest science fiction novels of all time. It gave rise to five sequels as well as a number of adaptations including a 1984 feature film and a 2000 miniseries that aired on the SyFy channel. Dune's sprawling narrative is set in a the distant future where an intergalactic empire exerts its control over the human population. No empire worth its spice is ever unopposed, and the rebellion in this case is led by Paul Atreides who comes of age when he is assigned with his family to preside of the planet Arrakis. For those family with the story, you'll encounter many references to Dune in popular culture, making this novel and its sequels an important read for science fiction fans or even those who are just looking for a well rounded background in popular culture. Re-engage with this powerful story by completing the Dune word search puzzle below. Longlivethefighters! 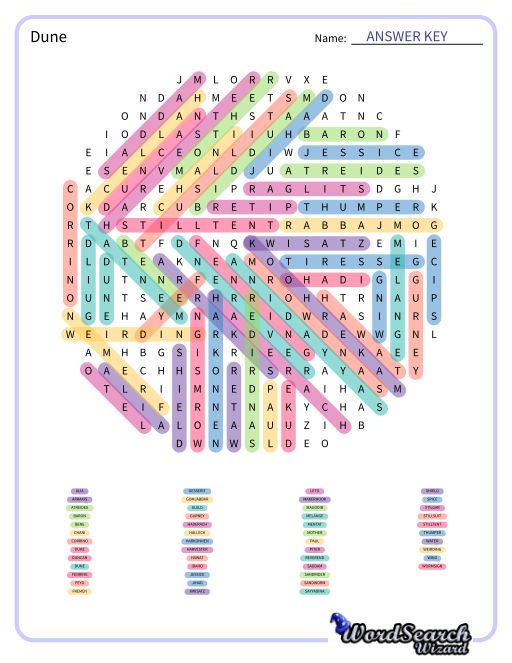