Do you love heroes with magic? Then Doctor Strange is for you! Doctor Strange was included in Marvel Cinematic Universe and the film was released on 2016. It was produced by Marvel Studios and distributed by Walt Disney Studios Motion Pictures. The budget was $165 million and grossed $677.7 million, which was a commercial success. Benedict Cumberbatch was chosen for the role of Doctor Stephen Strange, an acclaimed and successful neurosurgeon. An accident leaves him unable to operate, forcing him to go to Kamar-Taj. It is an ancient secret compound located at Kathmandu, Nepal where rumors of mystic arts and miracle healing is said to occur. Find the names of all the film's characters in this fun and challenging puzzle! 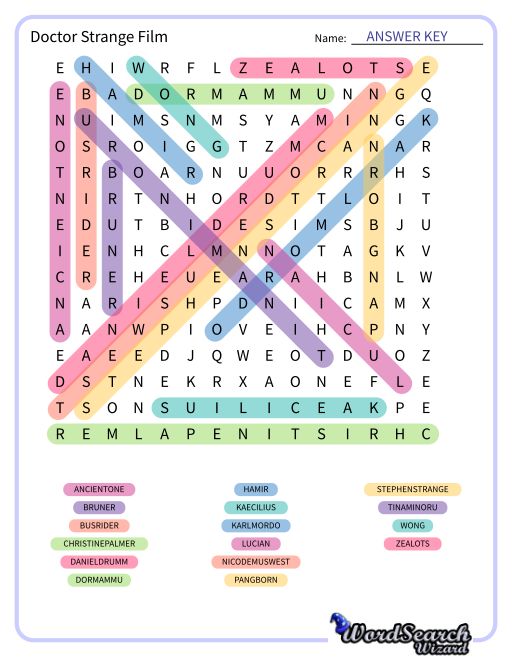