Are you a fan of Captain America? Captain America is an american film produced by Marvel Studios. Winter Soldier is the sequel of Captain America and was produced in 2014 by Marvel and distributed by Walt Disney. Directed by the Russo brothers, the film grossed over $714 million worldwide. The plot tells about an assassin who turned out to be Roger's long lost friend. It is one of the many successful movies of Marvel Studios. Find all the names of these amazing characters in this exciting puzzle! 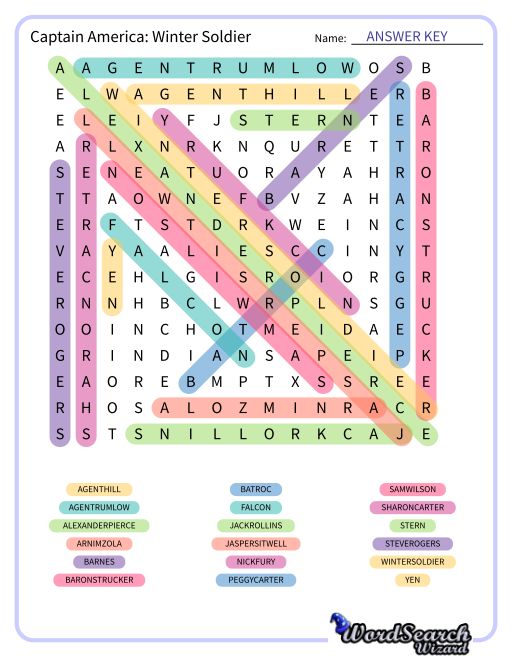