Are you a fan of Ant-Man? Ant-Man &ampamp the Wasp Film was the 20th installment in the Marvel Cinematic Universe and was released on 2018. It was produced by Marvel Studios and distributed by Walt Disney Studios Motion Pictures. The budget has an estimate of $162–195 million and grossed $622.7 million, which was a success. Paul Rudd portrays Scott Lang, a thief that was chosen by Hank Pym to inherit his Ant-Man suit, a special armor equipped with shrinking technology. This sequel tells about the chances that Janet (Hank's wife), is still alive. They believe that she might be trapped in the quantum realm after shrinking to sub-atomic levels in 1987 Cuban missile incident. Find the names of all the film's characters in this fun and challenging puzzle! 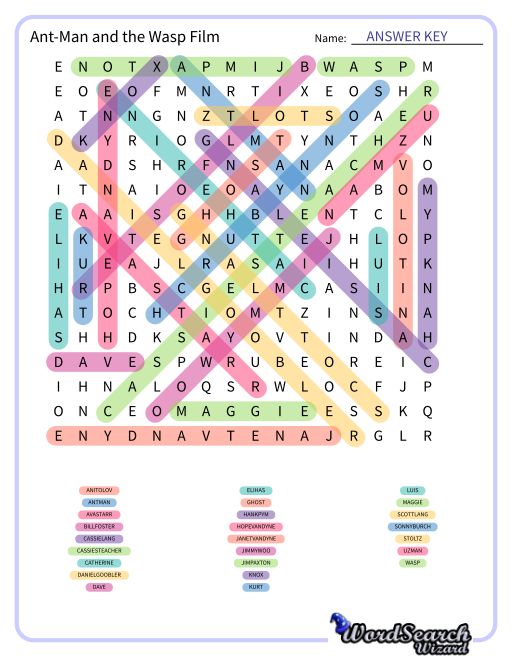